Non-residents of Canada are required to report only their Canadian sourced income to Canada. There are four common types of income that a non-resident of Canada might have that would require filing a Canadian tax return.

One of the most common scenarios is a non-resident with a Canadian rental property.  In many cases this results when a Canadian citizen who has been transferred abroad for a year or more who rents out their principal residence while gone. There are several forms that must be filed when a non-resident owns Canadian real estate that is rented out including NR6's, NR4's, and S216 tax returns. If you or your property manager are not familiar with these you should contact me immediately. I can provide a list of property managers that have many non-resident clients and will file the appropriate paperwork on time. Alternatively I can file the paperwork for you if you or a friend manages your property. Services I offer to a non-resident of Canada with Canadian real estate include:
Another common scenario is a non-resident with investments held by a Canadian bank or investment company. While not all such income is taxable, I can help you sort out what is and isn't taxable according to the treaty with your country of residence and help you deal with reporting it properly. Most times the bank or investment company will do it for you as long as you tell them ahead of time that you are a non-resident of Canada.   ​

The third scenario that I deal with occasionally is that of a non-resident in Canada working on a short term assignment of usually less than the 183 days in a year necessary to trigger Canadian tax residency although longer stays are possible as a non-resident by invoking the tax treaty between Canada and your country of residence. This reports income earned while in Canada and typically applies to a foreign national in Canada on a short term or rotational assignment who is exempted from being a tax resident of Canada because of the income tax treaty.

The final scenario involves senior non-residents that are abroad but continue to collect Canadian pensions. This is an optional tax return reporting pension income (RRSP's, company pension or CPP/OAS) and it may be beneficial to file this return if you have little or no other sources of income worldwide. It allows you to access personal tax credits and the low graduated tax rates of a Canadian resident which would reduce the taxes below the rate usually withheld at source. 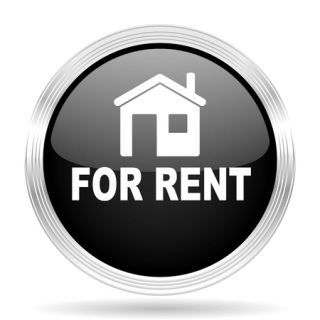 C$300.00
Add to Cart
If you are a non-resident of Canada for tax purposes but have Canadian real estate rental income then you need this kind of return.  If you select this option I will need you to authorize me as a representative at some point.  Please authorize Expatax now if you have any earlier issues you need cleaned up otherwise you may do so later.  Once you order this return, we will send you a link to a dropbox folder and you can upload any scanned documents that you have so that we can get started.

Your tax return will be returned to you via Box or DropBox (if you have a preference please indicate in notes to seller at checkout) and you will receive an email with a link to click on to retrieve your password protected file once it is complete.

Need more information?  Click on the buttons below to go to the page without having to return to the main services page.